A long term view on inflation and electricity prices in Sweden 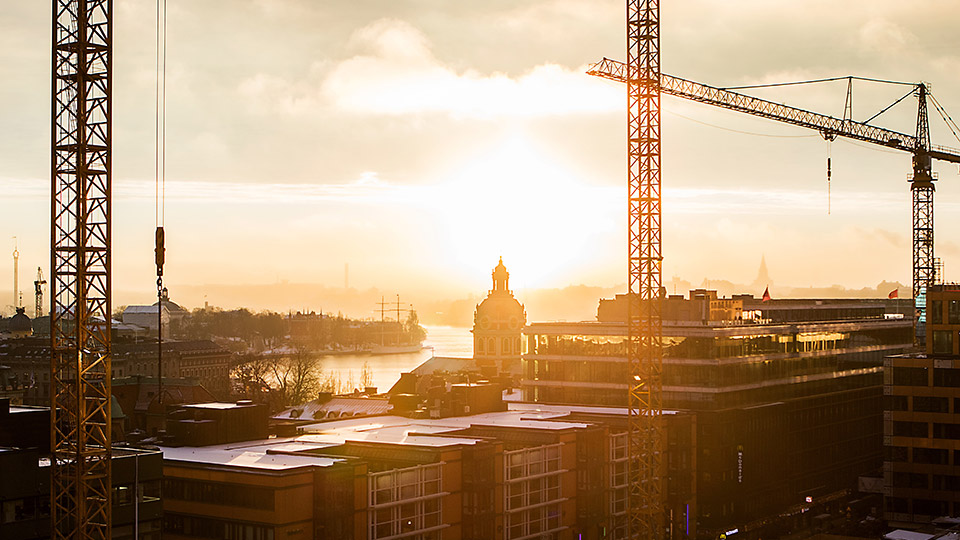 Everything we do at Bright Sunday aims at lowering CO2 emissions on a global level by making the cleantech transformation easy and profitable for commercial and industrial customers. Our business is to offer cleantech as a service with zero upfront investments and savings from day one.

For electricity produced by a solar PV system Bright Sunday charges a real term “flat” cost per kWh (adjusted annually by the higher of 0% and the inflation) over a contract term of 10-20 years. Relative to the comparable variable electricity cost, Bright Sunday typically offers a discount from day one. Electricity from the solar PV system not consumed can be sold to an electricity supplier at the market price with an administrative fee of approximately 4 öre/kWh and the revenue will be collected by the customer.

Swedish inflation last ten years, 2011-2020, averaged 1.1%. Only once in the past ten years it reached the 2% target as defined by Riksbanken (Swedish Central Bank). According to Riksbanken and Statista inflation is forecasted to rise from 0.7% in 2020 to 1.82% by 2023. Even if inflation over time would reach the Riksbanken target inflation rate of 2% the average over the coming 15 years will most likely be lower.

In the two most southern bidding areas, i.e. the areas best suited for solar PV, the Nordpool day-ahead prices for the past ten years, 2011-2020, have averaged 32.22 öre/kWh (SE3 Stockholm / mid Sweden) and 33.63 öre/kWh (SE4 Malmö / southern Sweden). Prices in the two northern bidding areas SE1-SE2 have historically been somewhat lower.

Taking the long view, energy demand is forecasted to grow significantly in coming decades, despite improvements in energy efficiency and injection of solar PV electricity “behind the meter”. On an EU-28 level, demand for electricity will rise by around 17 percent by 2050. The demand increase is largely driven by population growth, general electrification of society and by electrification of transportation and industrial processes.

The increase in demand puts pressure on increased infrastructure investments. Svenska Kraftnät (the Swedish transmission system operator) expects to increase the power transmission fees by 100% 2018-2027, i.e. with over 7% per year. This increase will impact the variable electricity transmission cost.

As electricity demand is forecasted to grow faster than production capacity of relatively cheap renewables such as wind and solar and due to expected price increases of commodities and emission rights, the general expectation is that electricity market prices will increase significantly 2020-2040 and thereafter stagnate and even fall slightly (due to high production from wind and solar).

Energy analyst firm Energy Brainpool forecasts average EU electricity market prices to reach approximately 75 €/MWh by 2035. Looking at historical data the prices at the Nordpool market have been significantly lower than the EU average. In 2019 Swedish energy trader Bixia forecasted that Nord Pool spot prices will reach 49 öre/kWh by 2030. Energimyndigheten (Swedish Energy Agency) forecasts in an EU reference scenario the price (national average) to reach approximately 52 öre/kWh by 2040. Based on an approximation (made in February 2021) of Nordpool’s SE3 forward prices for the rest of 2021 of 30 öre/kWh the compound annual growth rate the coming 15-20 years can be expected to be 3-5%.

Energy tax on electricity has been on a steady and steep increase as well. Since 1996, when the electricity market was liberalized, the compound annual growth rate exceeds 5%.