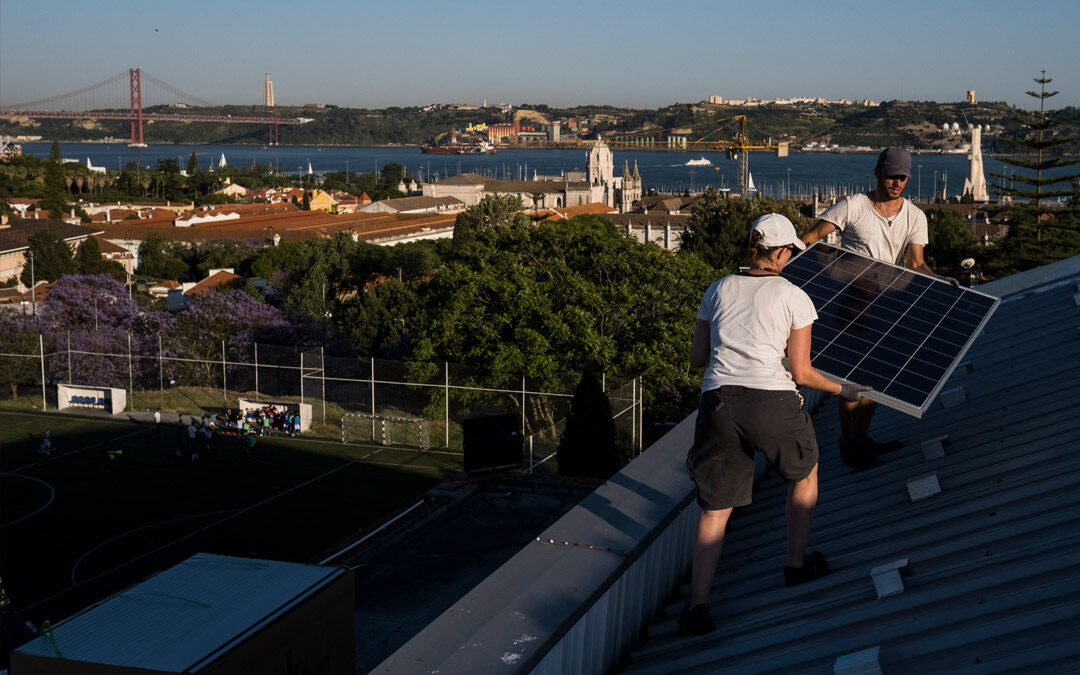 OS Belenenses is a football club in the Primeira Liga in Portugal. Bright Sunday together with our partner SPlux have not only been able to change all lighting to LED, significantly lowering OS Belenenses energy consumption, we did it free of charge. No cost whatsoever. The reason for this is that we’re also installing 550 kWp of solar panels on their workout facilities in the stadium area. The energy produced will be used by Portuguese consumers, paying for OS Belenenses LED-lighting in the process. As a part of this project, OS Belenenses will also replace their washing machines and dryers, that today run on gas, to newer equipment that run on electricity.

As you may know football is close to religion in Portugal, so we take great pride in helping OS Belenenses. But to make sure we don’t favour any particular team, we’ve also installed solar panels and LED at Vitoria Setubal. This way both teams can be sure that whoever wins, they are part of a club with a significantly lower CO2 footprint.